HOMEGym LifestyleWAS THIS US OPEN FINAL JUST WHAT TENNIS NEEDED? 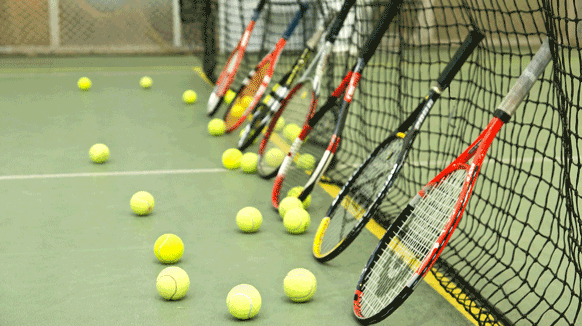 WAS THIS US OPEN FINAL JUST WHAT TENNIS NEEDED?

Over the last decade tennis has been played by some of the most talented women and men around the world. It has been played with grace, style and unbelievable athleticism. The game has taken leaps and bounds in player’s ability, technology and level of fitness. That being said it’s my opinion that tennis has been missing something that came rushing back this weekend at the US Open Women’s final.

Tennis has been missing its most fundamental tie to humanity, personal struggle. If you don’t agree try to think back to the times when tennis was at its best. Arguably these times were during the eras of Billie Jean King, John McEnroe, and players like Andre Agassi. These players were great athletes there is no doubt about that, but what made them special was that they struggled. They struggled with equality, women’s rights, inner demons, the spotlight, fame and the pressure that goes with all of it. They were in a constant contest to not only win on the court, but win the battles we all fight within ourselves and society.

The controversy surrounding Serena Williams this weekend during her finals loss to Naomi Osaka brought the topic of tennis back around water coolers across the globe. Some sided with the chair umpire (not many), most sided with Serena and everyone felt for Osaka in her first US Open win for her and all of Japan. But no matter what side of the discussion you were on, you were talking about tennis. You were talking about women’s rights, controlling emotions, what’s fair and unfair. You were talking about a struggle between what is and what should or could have been.

Tennis Needs A Bit Of Controversy.

Not because it’s a negative thing but because it’s a real thing. Tennis is real because personal struggle is real and issues like equal rights are still being fought for every day. Tennis is better when it connects to the real struggles of life and puts it at the forefront of the game. You may or may not like how Serena handled the moment but you are talking about that moment because it matters and because it stands for something. I am glad that this weekend was about more than just who had the most winners or the fastest serve. It was about real life and what matters to the players, the fans, and as it turns out everyone else.

One Comment to "WAS THIS US OPEN FINAL JUST WHAT TENNIS NEEDED?"

COPYRIGHT ©Vermont Sport and Fitness 2020. ALL RIGHTS RESERVED.
Hosted and Managed by 141 Creative.